What is an allegory?

According to the first entry of the Oxford English Dictionary Online: 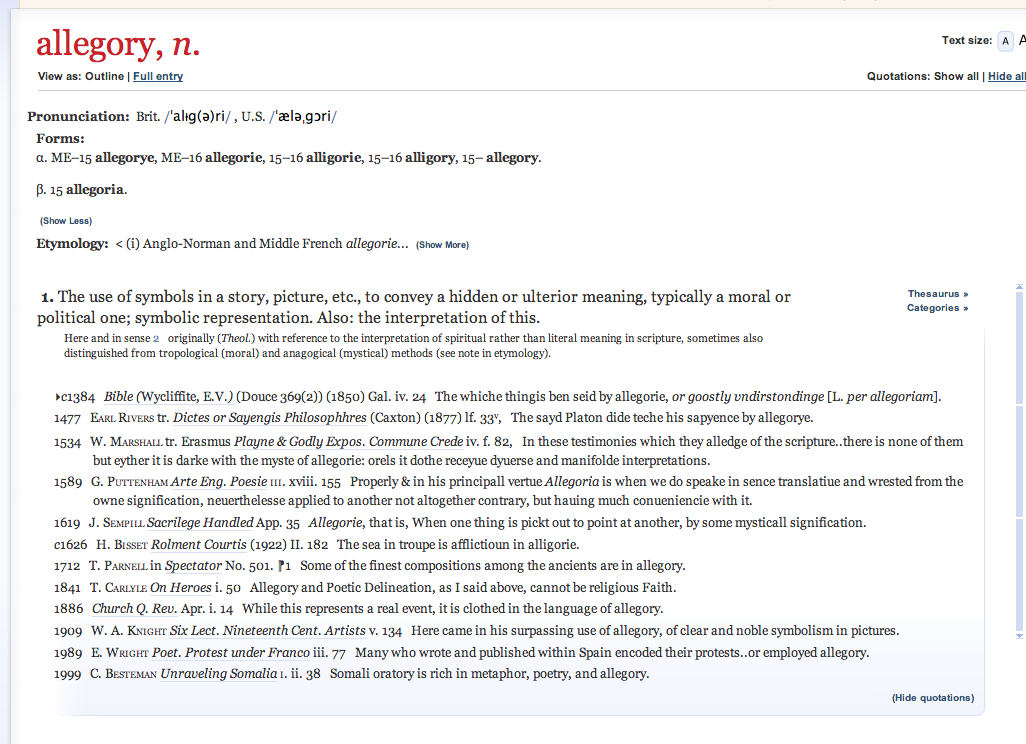 Here’s an example of the an allegorical figure at work in Thoreau’s Walden:

The following is one way to read the vehicle and the tenor of the allegory:

On one level, the surface level or what you may also call the “vehicle,” Thoreau describes three animals he lost, and the steps he has since taken to ​recover them. As he meets other people in the woods, he asks after the lost animals. Though the travelers never see the animals themselves, they do see and hear traces of the hound, horse, and dove.

Moving from the “vehicle” to the tenor: Though Thoreau seems to be telling a little narrative about some animals he lost, this passage can also be read as an allegory for the loss of an ideal relationship between humans and nature. Because the animals in the short passage above can be read as figures of domestication, what Thoreau registers as some lost pets is actually the loss of wildness itself. The animals that have been trained to work with humans only bear the traces of what they were before they were domesticated. When Thoreau says he meets other people searching for the animals, they are not literally out in the woods looking for a lost dog. Instead, like him, the travelers are looking for a connection to nature lost through the process of civilization.

May also want to consider: Why does Thoreau use allegory here, instead of coming right out and describing the trouble with the human relationship to nature?